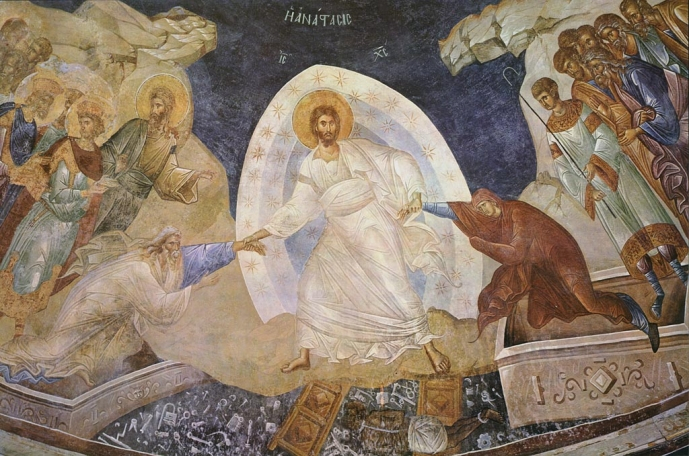 FUNERAL SERVICES FOR THOSE WHO HAVE FALLEN ASLEEP IN THE LORD

(For website in Greek select Greek language above right)

Orthodox Christians hold the belief that the body of the Christian is sacred, since it is the temple of the Holy Spirit and will be restored at the resurrection.

The Orthodox funeral consists of three services: The vigil, or Trisagion, after death, is usually conducted by a priest at the wake. During the Trisagion prayers are offered for the soul of the deceased.

The people pray to Christ “to give rest with the Saints to the soul of Your servant where there is neither pain, grief, nor sighing but life everlasting.” While the people pray for the soul of the deceased, great respect is paid to the body.

The Trisagion is repeated at the gravesite.

Various Christian groups, instead of burial, prefer the cremation of the dead, which was customary among many ancient peoples. The Orthodox Church, however, mindful of the fact that the human body is the Temple of the Holy Spirit and inspired by the affection toward her departed children refuses to deliberately destroy the body, and has adopted the burial of the dead, as it appears in the Catacombs, and in the graves of the Martyrs and Saints. Cremation, therefore, is contrary to the faith and tradition of our Church and is forbidden to Orthodox Christians

To prepare and make a funeral arrangement please contact our Church office.

Fee for a Funeral Service in our church. $400

Hall rental for the traditional offering of coffee and brandy following the Funeral Service. $100

Donation to the Philoptochos Ladies Association for preparing the service and setting up the tables. $150

Do not forget your offering to the chanter and the sexton for their labor.

Some families prefer Memorial Donations to flowers. Such being the case, special envelopes are made available to the funeral director and at the Church Office or in the Narthex of the church. Acknowledgements to the donors are made by the church and a list of donors will be sent to the family.

Memorial services may be offered in the church on the 9th and 40th days, 6 months, 1st year, and 3rd year after the person has fallen asleep in the Lord.